Warning: Parameter 2 to wp_hide_post_Public::query_posts_join() expected to be a reference, value given in /home/enox/public_html/wp-includes/class-wp-hook.php on line 292
 T-Cell Illustration for Pint of Science | Equinox

We created a piece of art for Pint of Science which is an international organisation which brings together detailed science talks on a wide range of cutting-edge research, in an informal pub setting, with plenty of beer.
We used data from the Protein Data Bank to build an illustration showing the battle between a tumour and the immune system.  The tumour has expressed proteins to suppress T-cell activity, but a synthetic drug (yellow) acts to block the receptors on the T-cells, meaning that the T-cells are not suppressed and are able to attack the tumour.  This was created for Pint of Science, to accompany a talk in Cambridge. 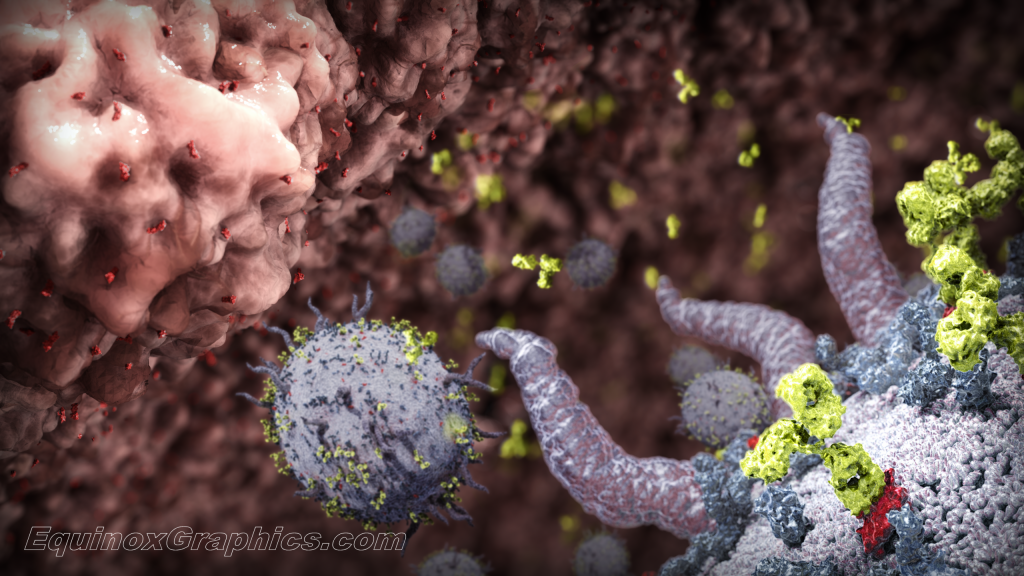